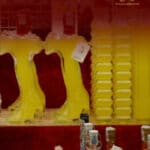 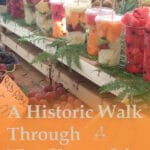 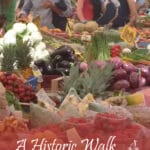 Two of the Romans market: Campo de’ Fiori and Mercato Trionfale, their history and location make them one of the most interesting destinations for Mediterranean cuisine lovers.

The Evolution Of The Romans Farmer Markets

The Mediterranean cuisine and most of its natural products have been used since the Roman Empire and have survived throughout the centuries on Roman culinary tables, particularly appreciated and valued in the Vatican kitchens.

Starting with the Trajan Market in 179 B.C., Rome has centuries of history in the development of food markets and international commerce. Market squares were found in both Greece and Rome, but large covered farmers’ markets, similar to our modern Supermarket and with the sole purpose of selling foods, originated in Rome.

These farmer’s markets were called Macellum, a word that is still in use in the Italian language today but refers only to slaughterhouses. Following the Tajan Market, more Macellums were built in Roman provinces, such as Pompei, Rimini, and in other trading countries like Greece, Libya, and Algeria.

The Trajan Markets have recently been restored – in the last 20 years – and their marble artifacts and fragments reorganized and rejuvenated. With a beautiful architectural structure spanning over tree level, they are definitely worth a visit if you are in Rome. You will find plenty of food …. but only food for thoughts! It is now only a museum.

You can read more about them in the article: The Trajan’s Market: Ancient Roman Markets

During the Roman Empire, Campo de’ Fiori was considered one of the roughest areas of the city; it was used for storing the charioteers that were used for racing in the Circo Massimo. (Map 2: Rome I & II Century A.C. Roman Empire)

After the fall of the Roman Empire, Rome remained uninhabited for centuries and the square became just a plain meadow. That is where the name originated from, Campo de’ Fiori meaning flowers field. (Map 3: Rome 1000 A.C. uninhabited)

It was only in the 1500’s, when Pope Sisto V cleared Rome of the brigands, reclaiming the land by building drains and sewage systems, that the square became a center for farmer’s markets, shops, and public gathering.  (Map 4: Rome 1500 Pope Sisto V)

The square was also used for public punishments and torture, one of the most famous being the burning at the stake of Giordano Bruno in 1600, a mathematician and philosopher who contradicted the Vatican with his Astrological discoveries.

The entire surrounding area of Campo de’Fiori was dedicated to commerce and artisan shops. Each street was dedicated to a specific trade and that is the origin of their names, e.g. Via dei Giubbonari for jacket manufacturers (giubbotti), Via dei Cappellari for hat makers (cappelli), and many more.

From the 1500’s to the 1900’s the population of Rome was confined within the city walls. Outside the walls, Rome was surrounded by farms – both crops and livestock. The best of the farmers produce was destined for the tables of the wealthy Clerics in the Vatican and the Aristocracy. While the rich consumed the best cuts of meat from the livestock, common people had to survive on the animal leftovers. That is why the Roman cuisine is rich in unusual, and for some “unappetizing”, delicacies!

Rigatoni alla Pajata: Pasta rigatoni served in a sauce made with the small intestines of milk-fed veal still containing the chyme (mass of partly digested food that is expelled by the stomach into the duodenum and moves through the intestines during digestion), which makes the sauce rich and creamy.

Tripe: rubbery lining of a cow’s stomach flavoured with mint and seasoned with abundant pecorino romano

Oxtail: made from the tail of the animal (usually oxen) stewed and topped with various vegetables.

Those meals might sound unappetising but they are still popular dishes today and even in these times of consumerism they are served in restaurants and regarded as delicacies. If you fancy a try, you will find them mostly in the area of Trastevere.

But Roman cuisine is famous for many more appetizing regional delicacies, like Abbacchio alla Romana, Carciofi alla Romana, Puntarelle, Porchetta and many more. Not only can you order them at the restaurants, but you can also find all the necessary ingredients in the farmer’s markets.

Nowadays Campo de’Fiori remains one of the busiest tourist destinations for farmer’s markets and shops. Not far from Piazza Navona, with charming farmers market stands and small streets full of restaurants and cafes, Campo de’ Fiori is a unique and attractive place to wander around during your visits to Rome. The perfect tourist farmers market!

(Map 5: Rome 1878 expansion)
Following the unification of Italy in 1870 and the inclusion of Rome, the city underwent a major expansion and new districts were designed and built as part of the Urban Planning Scheme presented in 1873.

Next to the Vatican, the district of Prati was created, for the barracks and military housing of the new Republic. This is where the Mercato Trionfale is located; just 4 minutes walk from the Vatican Museum entrance.

It is a unique location, close to one of the busiest attractions in Rome, but just outside the typical tourist destinations and in the middle of a busy residential community. That is a Romans market where “the Romans do” their shopping. It is a perfect location to visit if your feet will still allow it to follow the Vatican tour.

So where should you go? You can DO as the Romans DO and you will find amazing farmers produce at fantastic prices, but after all you are a tourist and Campo de’Fiori is too charming to miss.

So my recommendation would be:

To visit Campo de’Fiori for the following attractions:

To visit the Mercato Trionfale instead for its unique products:

Rome remains an important centre for the Mediterranean cuisine.

Many professionals of Southern Italian origins (mezzogiorno) have relocated to Rome to study or find a job, and their traditional Mediterranean cuisine has followed them.

Products from Sicily, Napoli, Calabria and Puglia are available in most local Romans markets.

I would recommend making the most of it!

Food and markets during the Roman Empire

To found out more about the history of food and markets during the Roman Empire, you can read the articles: 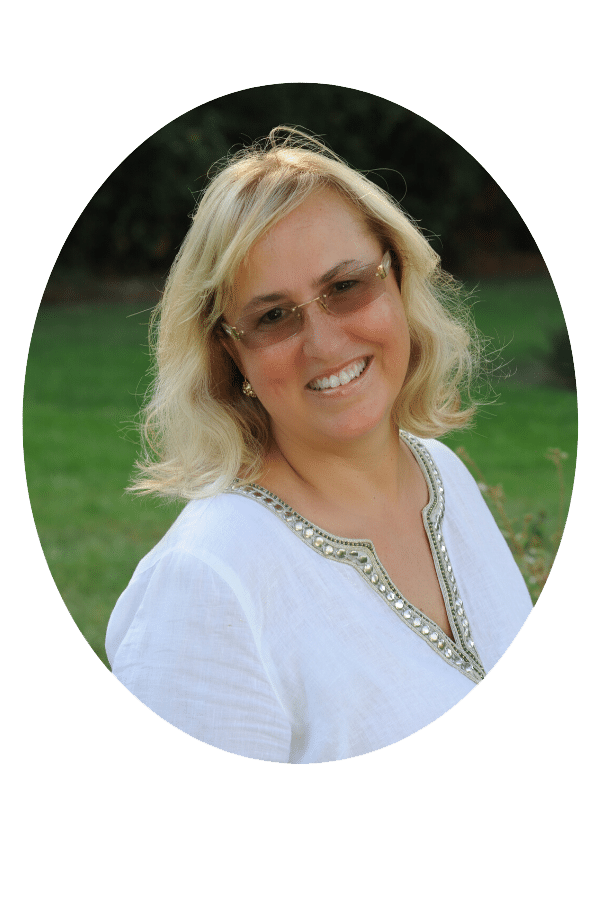 Hello, welcome to my blog and thank you for stopping by. I am Laura and as an Italian living in France, I will share with you traditional European Mediterranean recipes. Cooking and eating together with family and friends are everlasting memories. I want to help you to make many more. about me! 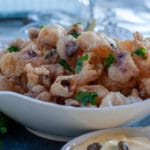 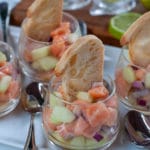 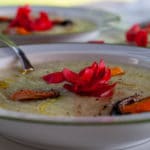